“A 3-step campaign to replace Israel with Palestine and Holocaust with Nakba:
1) The high-school teacher
2) The classroom students
3) The Jewish community and Gentile friends.”

In a letter to Guillaume Vanhulst, Rector of the Haute Ecole Pedagogique Vaud (Higher Educational School, HEP) of Lausanne, Dr. Shimon Samuels, Director for International Relations of the Simon Wiesenthal Centre, expressed outrage at a three-step inherently anti-Jewish hate campaign planned for 29-30 April on HEP’s campus:
1) An inculcation session for high-school teachers
2) From the teachers to their class students
3) From the students to the broader community.

Samuels noted that, “originally entitled ‘1948: knowing and teaching the Palestinian Nakba’ (‘Catastrophe’ in Arabic, used today to replace the Jewish Holocaust), this gathering was postponed last October, due to the intervention of the Vaud Cantonal authorities on grounds of pedagogical imbalance.” ... “It has, however, been reinstated with a new title: ‘1948: the Origins of the Palestinian Refugee Problem,’ but with exactly the same programme and purpose:to delegitimize the State of Israel.”

The letter continued: “The speakers are to include: Elias Rafik Khoury, Ilan Pappe, Elias Sanbar (current Palestinian Ambassador to UNESCO) and Shlomo Sand (see link and photo below) – all well-known anti-Zionists who deny the right to self-determination of the Jewish people and are intent upon the destruction of the Jewish State.”
https://www.tehrantimes.com/news/431671/The-Invention-of-the-Jewish-People-appears-in-Iranian-bookstores 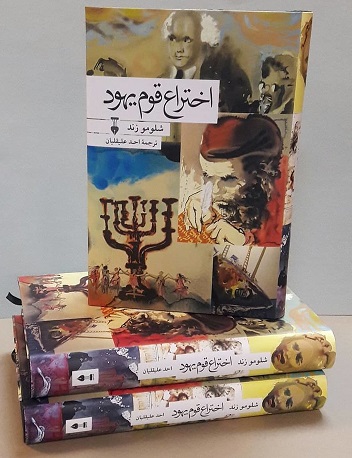 Iran publishes Shlomo Sand’s “The Invention of the Jewish People.”

“The organizer is the HEP Teaching and Research Unit of Humanities and Social Sciences, with most sessions closed to the public and limited to high-school teachers, i.e. a primary inculcation for the secondary and main target of schoolchildren” ... “Mr. Rector, this 3-step campaign of sowing the seeds of hate, carries potentially violent ramifications for the third step, the broader Jewish community and its Gentile friends.”

The Centre called on HEP “not to host a clearly political enterprise composed of political activists – rather than acclaimed scholars – bent on a campaign replete with antisemitism.”

The letter also noted that, “ironically, ‘HEP, HEP!’ was a derogatory pogromist rallying cry in murderous riots against Jews, beginning in 1819 Wurzburg and spreading to German cities in the Rhineland and Bavaria. ‘HEP’ was thought to have been the acronym from the Latin ‘Hierosolyma Est Perdita’ (Jerusalem is lost!), used earlier by the Crusaders.”

“We are certain that HEP Lausanne would reject any such association. We therefore urge you to suspend what would be a hatefest, sine die”, concluded Samuels.