Malthusian coronavirus: Nowhere to run to!

Now released, we are warned, as senior citizens, to remain in quarantine. In any case, there seems logically little place else to hide from the virus. 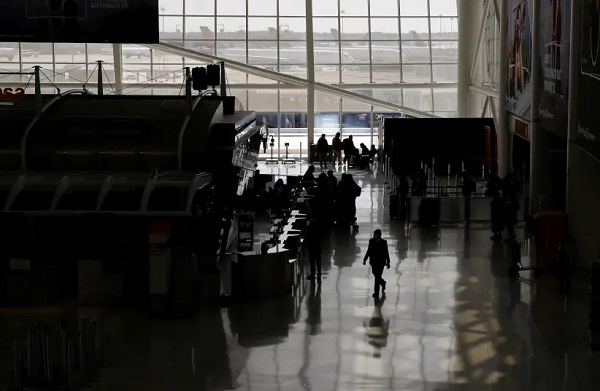 Landing in Israel from the AIPAC convention in Washington, I was sent into a mandatory 14-day isolation.

Now released, we are warned, as senior citizens, to remain in quarantine. In any case, there seems logically little place else to hide from the virus.

The privileged threat to the elderly recalls the Rev. Thomas Robert Malthus 1798 “Essay on the Principle of Population.”

Other solutions included premature death through disease, starvation or war, “thus returning the population to a more sustainable level.”

It is ironic that the coronavirus emerged from China, the country that until recently imposed the one-child policy.

A neo-Malthusianism influenced Charles Darwin’s theory of evolution as “the survival of the fittest.” This was later twisted by eugenics and the Nazi “euthanasia” mass murder of the disabled and so-called “inferior races,” principally Jews, Slavs and Roma. This was followed by contemporary examples of “ethnic cleansing” and genocide.

The biblical narratives of the flood and of the destruction of Sodom and Gomorrah can be considered classical precursors to current climate breakdown, from earthquakes to tornadoes and tsunamis.

The Malthusian culling of population predicated a diabolical trinity of war, starvation and disease.

French President Emmanuel Macron has declared that “we are at war” against the greatest leveler, the coronavirus, calling for the 27 member states of the European Union to cooperate in countermeasures and in seeking the antidote.

Yet the EU is closing its internal Schengen frontiers.

Claims have been made that guns are falling silent as the world faces a global economic recession. Yet virus-condemned Iran persists in encouraging its acolytes – Hezbollah and Hamas – along their paths of belligerence.

Disease has struck following war: after the First World War, millions perished as victims of the Spanish flu; after the Second World War, mankind faced polio, cholera, mad cow, ebola, HIV and SARS epidemics, among others.

The coronavirus is, however, quantitatively and qualitatively a threat to millions, and indiscriminately targets the entire planet.

As we approach the Seder, we may add this to the 10 Plagues brought upon Pharaoh: Coronavirus, the 11th Plague – bent on wiping out humanity.

Until the antidote is found, we will remain in open-ended quarantine and recall the gospel lyric: “Run to the Lord, Lord won’t you hide me?...” for there is nowhere else to run to!

Shimon Samuels is director for international relations of the Simon Wiesenthal Center.
Graciela Vaserman Samuels is an adviser to UNESCO.