Wiesenthal Centre to UNESCO Director-General: “While we commend your firm stance against antisemitism, we urge you to condemn dangerous displays at Arab Book Fairs and remove UNESCO from Sharjah…”

In a letter to UNESCO Director-General, Irina Bokova, the Simon Wiesenthal Centre’s Director for International Relations, Dr. Shimon Samuels, noted the Centre’s alert to UNESCO regarding “the Sharjah International Book Fair (SIBF), which in 2015 displayed an array of Jewish conspiracy titles,” adding, “We urged UNESCO to disassociate itself from the 2016 Fair, which opened on 2 November, featuring the organization as its Honoured Guest.”

The letter lamented that, “…nevertheless, UNESCO now plays a central role at the SIBF, thereby indirectly associated with an unprecedented number of antisemitic titles (see selected photos, titles and authors in attachment). 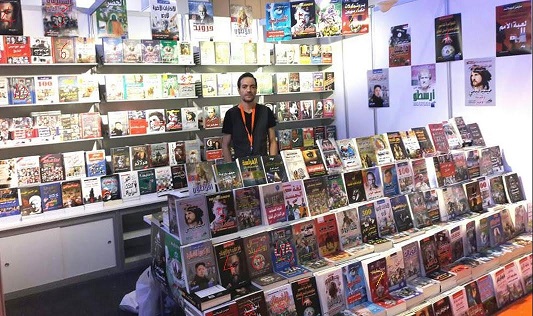 Wiesenthal Centre to European Council President: “Paris and Copenhagen are Precedents for a Pan-European Epidemic.”

Assaults on Jews have collateral and strategic consequences – they damage the delicate fabric of democracy itself.”
“Convoke a European Union-wide conference to combat antisemitism on every front.”

"Annul Shell's dealings with Allseas - a company which apparently celebrates Nazi crimes by glorifying a perpetrator".

Samuels expressed indignation that "this vessel, described as "the largest ship in the world", is named for the father of Allseas' owner,

who was a convicted Nazi war criminal".

In a letter to the editorial team of Charlie Hebdo

In a letter to the editorial team of Charlie Hebdo, Wiesenthal Centre French President, Richard Odier and Director for International Relations, Dr. Shimon Samuels, expressed "horror at today's atrocity, our sympathy to the families of its victims and prayers for the wounded"

In a letter to British Deputy Prime Minister and leader of the Liberal Democrat Party, Nicholas Clegg,the Simon Wiesenthal Centre Director for International Relations, Dr. Shimon Samuels vigorously protested "the scurrilous desecration of the Holocaust by David Ward, your party's Member of Parliament for Bradford".