Wiesenthal Centre Director for International Relations, Dr. Shimon Samuels, together with Montenegro Jewish community founding President, Jada Alfanderi, thanked Prime Minister Milo Dukanovic for his 2013 endorsement of the exhibition, “The 3,500 Year Relationship of the Jewish People with the Holy Land.”

“Today's launch closes a circle,” stated Samuels, recalling how Đukanović proudly told him that “Montenegro had no dark page in its relationship with the Jewish people” and immediately agreed to become the Exhibition’s first co-sponsor at its June 2014 opening at UNESCO in Paris.” 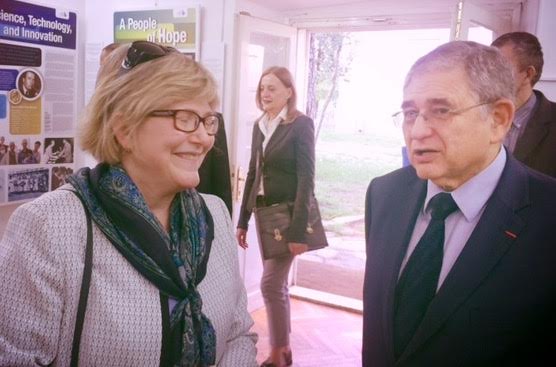 Montenegro was then joined by Israel, Canada and the United States. At yesterday's Podgorica opening at the former Royal Palace, all four of those original co-sponsors were represented, respectively, by: Director-General of the Montenegro Foreign Ministry, LjilianaToscovic, Israeli Deputy Head of Mission, Itay Milner, Canadian Ambassador, Philip Pinnington, and United States Ambassador, Margaret A. Uyehara. 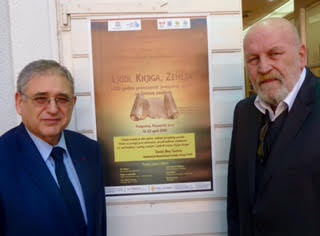 Samuels noted how “the Jewish narrative has been subject to identity theft, especially in United Nations agencies, in attempts to delegitimize the Jewish connection with the Holy Land or Land of Israel.”

The Centre presented the exhibition as “a pedagogical means to set the record straight,” presenting its sub-title, “People, Book, Land,” as an “interdependent trinity fundamental to Judaism's survival.”

Samuels added, “the thread throughout this 3,500 year history, from the Patriarch Abraham to the reborn Jewish State – 'the Start-Up Nation', is the code of ethics that suffuses Judaism, coinciding with 'the Judeo-Christian heritage', the values of 'Western civilisation' and 'the human rights espoused by the UN Declaration',” pointing to a few examples:

“- the Ten Commandments
- the freeing of slaves
- the Sabbath day of rest
- the seventh year of leaving the soil fallow (today an ecological principle)
- respect for women
- the right to education
- the principle that we were born to leave the earth a better place for future generations.”

The exhibition has been displayed at U.N. headquarters in New York, the United States Congress, the Israeli Knesset and the Vatican. It will open shortly in Copenhagen City Hall. After Podgorica, the Serbo-Croat version will tour schools across the country under the auspices of the Centre and the Montenegro Jewish community.