On the Eve of the 80th Anniversary of the Outbreak of World War II, Wiesenthal Centre Wins a Historic Victory

“Asked by UNESCO French Ambassador to assist in identifying WWI cemeteries that were destined for World Heritage status, but enlarged in WWII to include Nazi graves, the Centre exposed two such sites... We are now informed that the nomination was dropped definitively.”..."There can be no reconciliation between the Sons of Light and the Sons of Darkness."

In July 2018 at the 42nd World Heritage Committee (WHC) in Bahrain, Wiesenthal Centre Permanent Observer to UNESCO, Dr. Shimon Samuels, questioned a joint Franco-Belgian nomination of 139 World War I cemeteries for World Heritage inscription. The proposal was meant to emphasize reconciliation, especially with Germany, on the centenary of the 1918 armistice.

Samuels alerted the WHC that some of the cemeteries were later expanded to include World War II Allied and Axis soldiers, stressing that “these must never become reconciliation memorials.”

Former French Ambassador to UNESCO, H.E. Laurent Stefanini - now Ambassador to Monaco - called upon the Wiesenthal Centre to assist in identifying and removing any Nazi burial sites among those listed. 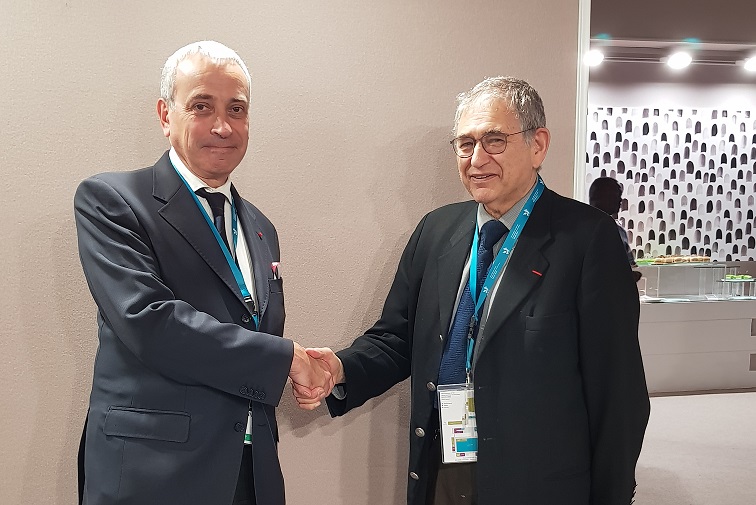 Samuels then discovered on the list two such minefields. The first is La Tour d’Yser in Dixmude, Belgium, that has become a shrine for European neo-Nazi rallies. The second is La Cambe, where  perpetrators of the massacre at Oradour-sur-Glane are buried. 642 villagers were burned alive, the men in barns, the women and children in the church, as retaliation against the Resistance... "There can be no reconciliation between the Sons of Light and the Sons of Darkness", argued Samuels.

On this 80th anniversary of the outbreak of World War II, the Centre was informed that the Franco-Belgian nomination was dropped definitively.

Samuels congratulated both countries, stating, “As the only Jewish organization accredited to the WHC, we consider this decision a historic victory.”