In its session of August 22, 2019, Buenos Aires City Council approved the resolution of Counceller Gastón Blanchetière declaring the “Importance for the Promotion and Defense of Human Rights” of the creation of the Simon Wiesenthal Foundation on Antisemitism and the Holocaust at the National Library of Argentina, with more than 1,000 books donated in less than a year. 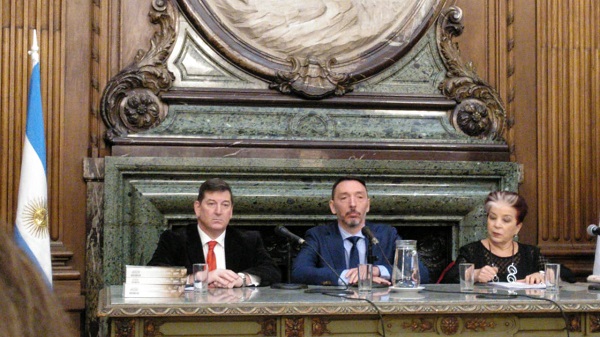 Counselor Blanchetière stated that: “Buenos Aires City Council has recognized the Simon Wiesenthal Center twice in the last two years: At this ceremony and in October 2017,for its11 Points Program against Racism in Sports. Besides their fundamental work, this is also a commendation for choosing our City as its Latin American Office.”

There followed a presentation of “The Other Nüremberg Trials”, a 3 volume work by Dr. Alberto Zuppi, the lawyer who worked together with the Wiesenthal Centre's Director for International Relations,Dr.Shimon Samuels based in Europe, on the extradition of Nazi murderer,Erich Priebke, from Argentina to his trial in Rome.

Zuppi's book is the first  in Spanish on the dozen lesser known trials following Nurenberg.

British Ambassador to Argentina, Mark Kent, declared that “as violence in hate speech grows, we require new legal instruments to combat it. This book is proof that they are available”.

Dr. Andrea Gualde, Regional Director for the Auschwitz Institute for Peace and Reconciliation added that “genocide has not only ideologues and architects. There are so many 'ordinary people' who so easily and eagerly become assassins…This work helps us to understand the process.” 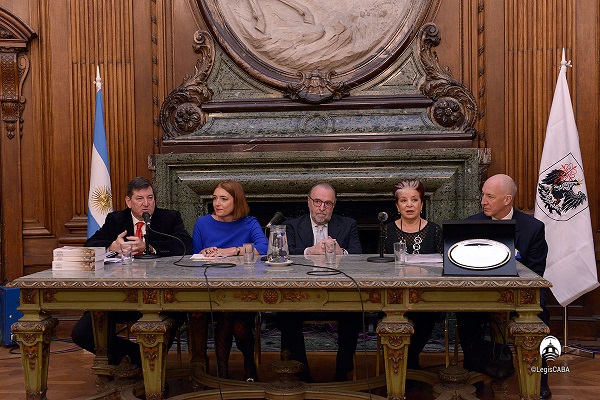 Dr. Zuppi presented his book for donation to the Simon Wiesenthal Foundation collection at the National Library.

Dr. Gelblung concluded that this work helps in understanding that the Nazi regime “created a state where officials were mandated to restrict individual rights as an objective, judges had to justify aberrant laws, doctors specialized in killing and not in saving lives, businessmen in using slave workers for production based on homicide and so on, generating a society whose goal was to glorify death not to sanctify life.”