The 17th Year of Chasing Hate from the Frankfurt Book Fair

The Simon Wiesenthal Centre is, for the 17th year, the only non-governmental organisation to monitor incitement to hate and violence on the display stands.

Director Jurgen Boos opened the 71st anniversary of the Fair, placing its context in the extreme right Yom Kippur (Day of Atonement) terrorist attack on the Halle synagogue of the preceding week.

“We monitor over 300 stands for antisemitic and other hatemongering titles, denouncing delinquent publishers to the Frankfurt (FBF) authorities for contravention of their contractual obligations to the Fair... Indeed, several recidivist stands are often in violation of German law,” stated Dr. Shimon Samuels, the Centre’s Director for International Relations.

“Our findings at six Arab Book Fairs in the months leading up to Frankfurt are shared with the Fair, to decide on their blacklisting from the FBF... The Fair makes its own prior sweep, but appreciates our experience and professional expertise in the hope that the Fair will, one day, be hate-free,” continued Samuels.

1 - This year, the Cairo based Arab Publishers' Association (APA), Hall 5.1 / B153, is leading a marketing campaign entitled “Jerusalem – Eternal Capital of Palestine” through foreign and Arab Book Fairs to de-Judaize the city holy to three faiths. The stand held a small number of books from different publishers, among which:

2 - “Pharaoh the Man of Stakes, Judaizing History, Land, Heritage and the Lie of the Promised Land”, The publisher, Dar al Kitab al Arabi, claims that “Ahmed Saad El Deen turns upside down Jewish history and the alleged rights of Jews – which is a deliberate forgery.”

3 - “Marduk Necklace” also by the above-mentioned Ahmed Saad El Deen. The author stated in a press interview on the book: “I wanted to shed light on the role the Jews played across history and their conspiracies to influence such political events as the French Revolution, the defeat of Napoleon and the plot to assassinate U.S. President John F. Kennedy.” The book was awarded the Egyptian “Government Appreciation Award” for 2018-2019.

4 - “In My Heart is a Hebrew Woman”, by Khawla Hamdi. Throughout the book, Jews appear as misers who never help anyone but their fellow believers... Jews had never been treated badly under Islam… the Zionists are treacherous just like the Jewish tribes that the Prophet fought in Arabia… Jews do not believe in afterlife, judgment or punishment.”

6 - “The Dripping Veins of Jerusalem”, Munir Akash and Fuad Moughrabi. Despite our continued protests, Qatar displays this poisonous screed for the fifth year running. The Jewish commitment to Jerusalem is presented as a conspiracy to deny its “Palestinian autoctonous identity with the city.”

The book was waved by Israel Prime Minister Netanyahu from the podium of the United Nations to illustrate the genocidal intent of Iran’s leader.

9 - “Friendship of the Tank – Humorous Tales from the Battle Front”, Daud Amirian

For children, published in Farsi and Arabic.

In previous years, we have identified publications on the Iranian stands for infants and adolescents extolling war and martyrdom.

10 - “Introducing the New Terminology of Islamic Jerusalem and its Field of Inquiry”, Abd al-Fattah El-Awaisi, UUM Press, The de-Judaization and de-Christianization of Jerusalem in an academic context to present the city as a zero sum Islamic identity.

Samuels announced that the Centre’s “2019 Worst Offender Award” goes to Egypt for the obsessive-compulsive antisemitic conspiracy theory titles on their shelves.

“For the first time, the Centre announced an award to Indonesia, Hall 4.0 C71, for ‘Courageous Best-Practice’ in presenting a series of children's books on the Biblical origins of the Jews – a major step for the world’s largest Muslim country,” concluded Samuels. 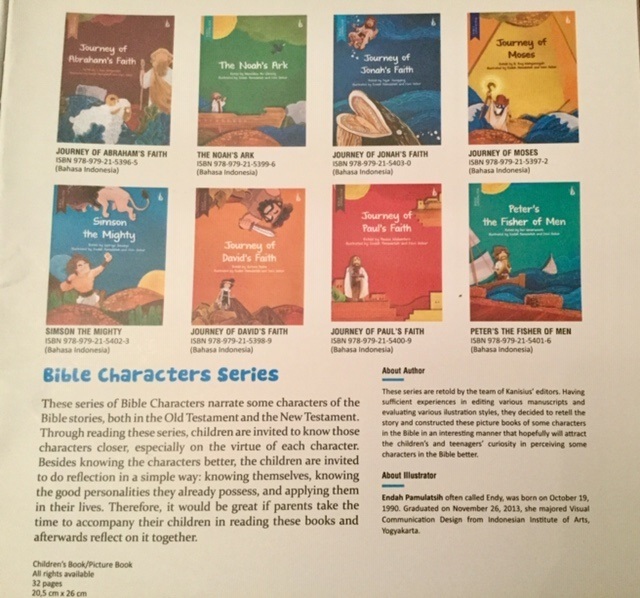