“As a budget saving measure, France seeks to close down many prisons... Freeing antisemitic killers cannot be a contributing factor.”

In a letter to Madam Nicole Belloubet, French Justice Minister, the Director for International Relations of the Simon Wiesenthal Centre, Dr. Shimon Samuels, made the following comments: “alcohol, cannabis and psychiatry must not be used by the French judiciary system as excuses for perpetrators of antisemitic murder and violence. 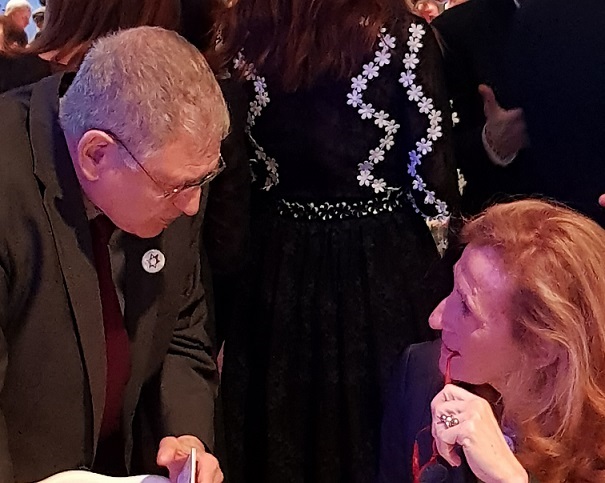 In 2005, the Wiesenthal Centre - Europe President, Richard Odier, and Director Shimon Samuels, visited the Paris headquarters of a Magistrates Trade Union. Seated in an anteroom awaiting the meeting, they were aghast at anti-Israel photos of events in which they appeared and the “Vive Palestine” flyers on the notice board. Many of the judges of that generation were graduates of the 1968 Paris students revolt. They believed that “the victims of racism – essentially North African youth – could not be perpetrators.”

“There was thus established ‘the revolving-door of justice’.”

“Attackers in the suburbs – playing the role of ‘Palestinians’ against their unfortunate Jewish neighbours, cast in the role of ‘Israelis’ – would be arraigned by magistrates, scolded and sent home with a warning. The door would revolve to exit with impunity,” stated Samuels.

A new generation in the court system are loath to impose a penalty based on racist hate – which carries a much greater sentence At the most, they gave suspended 4 or 6 month sentences for screaming “Death to the Jews!” or participating in assaults.

The current approach is the argument: “unfit for trial due to insanity or under the influence of alcohol or narcotics at the time of the murder.”

The Wiesenthal Centre has met with Ministers of Justice to little avail.

“The worst so far,” argued Samuels, “is the dropping of charges against Kabili Traore, the brutal murderer of 65 year old Sarah Halimi, stabbed and thrown from her 3rd floor window to the perpetrator's cries of ‘Allahu Akbar!’.”

Solidarity marches against antisemitism and for justice, just as newspaper petitions of prominent French intellectuals have served for nothing.

The charge of “intentional homicide” against the killer has apparently been dropped after almost three years of psychiatric tests... Justice has not been served and the public at large is a target the day he re-enters society, as a hero in his circle of growingly epidemic proportion”... “As a budget saving measure, France seeks to close down many prisons. Freeing antisemitic murderers cannot be a contributing factor,” concluded Samuels.