The Simon Wiesenthal Centre today received an advance copy of Item 7A Draft Decision 40 COM 7A  13, submitted by Kuwait, Lebanon and Tunisia to the 21 member-state UNESCO World Heritage Committee (WHC).

This resolution, “Old City of Jerusalem and its Walls (sites proposed by Jordan)”, will be, reportedly, adopted tomorrow without further changes or debate - in UNESCO parlance: “by consensus.” 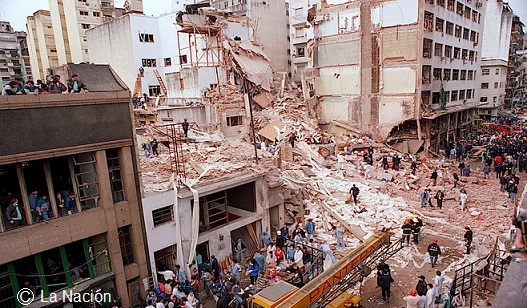 Among the most egregious paragraphs of the Resolution:

- Article 4 “Deeply concerned by the Israeli illegal archeological excavations and settler groups in the Old City of Jerusalem and on both sides of the Wall.”

Dr Shimon Samuels, Director for International Relations of the Simon Wiesenthal Centre - the only Jewish organization accredited to the WHC - argued that “the German strategist, Klaus von Clausewitz, defined diplomacy as ‘War by other means’ … At UNESCO - since the Palestinians were invited to join in 2011 - it is ‘heritage as war by every means’.”

- that the Palestinians seek to fill the vacuum of a missing autochthonous identity by the theft of Christian and Jewish heritage (Church of the Nativity, Cave of the Patriarchs, Rachel's Tomb, the Western Wall, etc…) was to be expected;

- that the Arab bloc is constrained to support them despite, for several of their members, an operational alliance of common interest with Israel against Iran, is disappointing;

- that most of the world pusillanimously kowtows in appeasement for fear or interest, is a tragedy - particularly for UNESCO.

As an Associate Partner of UNESCO, the Centre recalled its years of cooperation in international conferences, in resolving the closure of the scandalous discotheque in Auschwitz-Birkenau, its exhibition “People, Book, Land: The 3,500 Year Relationship of the Jewish People with the Holy Land”, etc...

The Centre laments the hijacking of UNESCO, sullying it tomorrow for the second time this month, as a tribune for antisemitism and a battle-field governed by the sons of darkness.

A little noticed sidebar was the Lebanese proposal today of Kuwait as Chairperson of the 2017 WHC. As no State dared to comment, Kuwait was “elected” without objection.

The Centre is co-organizing a demonstration in Paris on Thursday against this outrageous resolution, whose lies and ramifications threaten not only Jews and Christians, but also shames  and discredits UNESCO, the values upon which it was founded and the integrity of its member-states.